‘Conflict Financing’ is a periodic email bulletin from Professor Bruce Broomhall, Department of Law, Université du Québec à Montréal. The list supports those interested in conflict financing, natural resources and armed conflict, and related questions. Professor Broomhall has kindly allowed LoR to excerpt the latest edition. Below is part two (part one can be found here). 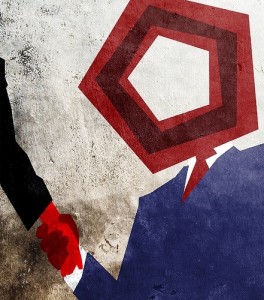 This edition of our bulletin looks at current efforts to develop regulation that would impact on international markets touching conflict situations. I focus here is on conflict commodities and the business and human rights regime.

Civil society proposals for treaty law on business and armed conflict were picked up indirectly by UN SRSG John Ruggie when, in an addendum to his final report to the Human Rights Council in 2011, he proposed a “standard setting exercise” whereby states would work towards “multilateral agreement on risks and prohibited activities with respect to business in conflict or other high-risk situations” (paras. 19-21). Ruggie elaborated on this in his presentation to the Council, stating that “a multilateral approach to providing greater legal clarification may be warranted in response to the diverging national interpretations of the applicability to business enterprises of international standards prohibiting ‘gross’ human rights abuses, possibly amounting to the level of international crimes.”

The multilateral agreement or ‘approach’ suggested by Ruggie would inform action by States and identify responses in a given situation, whether this be advice to companies, ‘white-listing’ for purposes of government procurement, imposing administrative, civil or criminal liability or other measures. Ruggie’s presentation to the Council borrowed language from his Recommendations on Follow-up to the Mandate of February 2011, in which he suggested (at pp.4-5) that

“Any such effort [of a Working Group etc. established in the wake of his mandate] should help clarify standards relating to appropriate investigation, punishment and redress where business enterprises cause or contribute to such abuses, as well as what constitutes effective, proportionate and dissuasive sanctions. It could also address when the extension of jurisdiction abroad may be appropriate, and the acceptable bases for the exercise of such jurisdiction. It could also foster international cooperation, including in resolving jurisdictional disputes and providing for technical assistance. Such a mandate would aim to provide greater clarity as to what current international standards mean and require and report recommendations back to the Council. Another possibility might be an intergovernmental process of drafting a new international legal instrument to address the specific challenges posed by this protection gap. The UN Convention against Corruption could provide an appropriate precedent and model for such an effort. Yet a third option would be to have an individual or Working Group mandate prepare the ground for an intergovernmental process.”

In its resolution 17/4 of 16 June 2011, the Council agreed to appoint a Working Group on Business and Human Rights for a period of three years, but failed to mention any ‘standard setting exercise’ relating to conflict-affected areas. Part of the follow-up suggested by Ruggie might arguably fall within the Group’s mandate “To continue to explore options and make recommendations at the national, regional and international levels for enhancing access to effective remedies available to those whose human rights are affected by corporate activities, including those in conflict areas.”

The multi-stakeholder Forum on Business and Human Rights established under paras. 12ff. of the same resolution also creates a rather vague hook for ongoing discussion through its reference to “issues linked to business and human rights, including challenges faced in particular … operational environments…” But this is only one issue among many others for the Forum, which will meet for a mere two days a year.

Prospects for a post-Ruggie follow-up to focus on business in conflict do not appear all that promising.

Those interested in transnational regulatory approaches to conflict commodities should continue to watch the development of supply-chain controls with respect to conflict minerals. This is an area in which the cornerstone concept of ‘human rights due diligence’ promoted in the context of the UN Framework and Guiding Principles will possibly find one of its most visible early applications.

For the sake of brevity, I will only recall that the SEC has yet to adopt its overdue Rules under the Dodd-Frank Wall Street Reform Act’s Conflict Mineral Provision (s.1502), that in October 2011 it held a consultative Roundtable on Conflict Minerals with a view to assisting in the finalization of its regulations, and that a multi-stakeholder group of NGOs, trade associations, companies, government agencies and intergovernmental bodies recently asked the SEC to base its eventual Rules on the OECD Due Diligence Guidance for Responsible Supply Chains of Minerals from Conflict-Affected and High-Risk Areas (en français). At the level of the International Conference on the Great Lakes Region, work continues on establishment of a regional mechanism for conflict mineral supply-chain management in collaboration with Partnership Africa Canada.

In the U.S., with the granting of certiorari in the Kiobel case, the question whether corporations can be held liable under the Alien Tort Statute is now set to go to the US Supreme Court. An amicus brief prepared by human rights organizations argues that corporate liability is grounded in international law through ‘general principles of law’ [the Obama administration has submitted a brief arguing in support of liability under ATCA, ed. All the briefs and other materials are available here].

Businesses in what are sometimes called ‘conflict-affected or high-risk areas’ or ‘weak governance zones’ may find themselves either operating in proximity to, or involved in, crimes against humanity. Alongside genocide and war crimes, such crimes fall within the jurisdiction of the International Criminal Court (when committed by natural persons), but unlike genocide and grave breaches, they have never been set out in a general suppression convention. An expert proposal to codify the obligation to prevent and punish this crime therefore deserves note.

Professor Leila Nadya Sadat worked with William Schabas, Juan Mendez, Cherif Bassiouni (who has been promoting such a convention for decades) and other scholars on the Crimes Against Humanity Initiative, a three-year project that culminated in a Proposed International Convention on the Prevention and Punishment of Crimes Against Humanity . Sadat published a book on the Initiative in 2010, and the British Labour Party supported adoption of a convention on crimes against humanity in its 2010 Election Manifesto (at p.10:5).

The proposal expressly includes legal persons within its scope: “Each State Party shall adopt such legislative and other measures as may be necessary, consistent with its legal principles, to establish the liability of legal persons for participation in crimes against humanity…” (art. 8(6)). The international criminal law governing such participation was explored in detail in the report of the International Commission of Jurists’ corporate complicity project (disponible en français sur la même page).

Because it focuses on national prosecution of legal persons, the Proposed Convention avoids defining how criminal responsibility should be attributed to companies – a problem for discussions on possible amendment of the ICC Statute. It remains to be seen whether the fruits of this expert process will be taken up at the international level. Even if they are, no one should be under the illusion that prosecutions of corporate entities will ever be other than exceptional. Indeed, one has to wonder whether the current vogue of looking at business involvement in conflict zones through the lens of international crime does not overstate this law’s potential, to the detriment of other discussions we might be having both about alternative remedies and about more routine, but nonetheless serious business-related abuses of human rights.