‘Conflict Financing’ is a periodic email bulletin from Professor Bruce Broomhall, Department of Law, University of Quebec at Montreal. The list supports those interested in conflict financing, natural resources and armed conflict, and related questions. Professor Broomhall has kindly allowed LoR to excerpt the latest number. 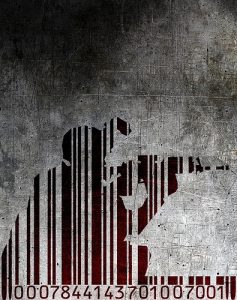 This edition of our bulletin looks at current efforts to develop norms – and in particular treaty norms – that would impact on international markets touching conflict situations. I focus here on markets in conventional arm as well as private military & security companies (PMSCs).

The final text of an Arms Trade Treaty is set to be negotiated in July 2012 at a diplomatic conference convened by the United Nations. While chemical, biological and nuclear weapons, as well as precursor materials and dual-use technologies related to these, are subject to their own regimes (whether adequate or not), there is no unified framework for regulating the international transfer of ‘conventional’ arms, whether it be warships, tanks, aircraft, artillery, small arms and light weapons, or training and services related to these.

This is the gap that the ATT negotiations, under UN General Assembly mandate, seek to fill. A Preparatory Committee has held three meetings so far – one in 2010 and two in 2011 – with a fourth and final session scheduled for February 2012.

A useful example of what’s at stake is the recent report Amnesty International, Arms Transfers To The Middle East And North Africa: Lessons For An Effective Arms Trade Treaty. The report looks at the recent history of arms transfers to Bahrain, Egypt, Libya, Syria and Yemen, and highlights how a global ATT should aspire to fill the many loopholes that currently allow conventional arms transfers to be used for purposes of repression and human rights violation.

Amnesty’s recommendations – shared by others in the Control Arms civil society alliance – include ensuring that the ATT covers a comprehensive list of arms, technologies, services and actors, that it require rigorous assessment of all applications to transfer arms etc., including on the basis of “whether there is a substantial risk of serious violations of international human rights or humanitarian law”, that it require authorizations to be denied until such a risk is suitably mitigated, that end use assurances be detailed and subject to adequate verification.

The Chairman’s Draft Papers that serve as a basis for PrepCom negotiations are available on a blog maintained by the Geneva Academy of International Humanitarian Law and Human Rights. The governments of France, the United Kingdom, the United States (also here) and others have ATT web pages.

A UN Treaty Regulating the Use of Private Military and Security Companies?

The UN Working Group on the Use of Mercenaries (established in 2005 by the Commission on Human Rights) has produced a possible draft convention on PMSCs. Such a convention would be additional to the International Convention against the Recruitment, Use, Financing and Training of Mercenaries, adopted by General Assembly Res. 44/34 (1989), which entered into force on 20 October 2001 and is now ratified etc. by 32 states.

The July 2010 text contains 49 articles and is based in part on the premises that (i) voluntary approaches are inadequate, (ii) PMSCs have impacts on international peace and security, self-determination and human rights that justify binding regulation, and (iii) PMSC personnel often fall outside existing international definitions of mercenaries.

The 2010 Draft is the fruit of considerable dialogue and reflection. It is also ambitious, and some of its core features, such as the prohibition on outsourcing core state functions relating to the monopoly on the legitimate use of force, will remain controversial.

While international commitment to go forward with such an instrument is yet to appear, the Human Rights Council decided in October 2010 “to establish an open-ended intergovernmental working group with the mandate to consider the possibility of elaborating an international regulatory framework, including, inter alia, the option of elaborating a legally binding instrument on the regulation, monitoring and oversight of the activities of [PMSCs], including their accountability….” This Group held a first session in May 2011, at which the desirability and possible content of an international regulatory framework were discussed (see the summary, at paras. 39-46).

Other efforts on which such a framework could draw include the International Code of Conduct for Private Security Service Providers developed by industry with the support of the Government of Switzerland, as well as the precursor Montreux Document on Private Military and Security Companies of 2008, which restates legal obligations applicable to PMSC activities in armed conflict, and sets out good practice for states in this regard. The Montreux Document is now supported by 37 states, the Code of Conduct by 211 companies from 45 countries. Resolutions on HRC mandates related to mercenaries are consistently supported by a majority of non-Western states with significant African support, and opposed by a predominantly Western minority.

I thank all those who have brought relevant information to my attention, and in particular participants in the seminar Companies in Conflict Situations that I recently co-organized with my colleagues at the International Catalan Institute for Peace.

Next Week, an update on business, conflict, commodities and human rights.

Contact me to add, change or drop an e-mail address. Please send along anything you feel may be of interest to the list – in English, French or Spanish, preferably through hyperlink rather than attachment.