The tenacious anti-corruption organisation Sherpa marks anti-corruption day this year with a great (and short) video that shines a spotlight on going after ill-gotten gains (biens mal acquis).

“This year, the international community heeded calls to freeze and investigate the assets of Ben Ali, Hosni Mubarak, Gaddafi, their family members and close associates,” says a Sherpa press release. “While these initiatives are welcome,…Why was no legal action taken earlier? Why has it taken so long to act in spite of the well-publicised and widely known corrupt nature of those regimes?”

And, one might add, why is it proving so difficult to get the money back?

Democrats world-wide, but especially this year in Africa and the Middle East, are finding ‘asset recovery’ difficult. There seem to be number of significant legal hurdles in the way of returning funds looted from state coffers and squirelled away off-shore.

In Switzerland, a law came into effect this year which is designed to make it easier. Dubbed “Lex Duvalier” after Haiti’s deposed dictator, the law “allows the Swiss government to return money to their legitimate owners in cases of proven embezzlement,” according to Valentin Zellweger, head of the department for international law at the Swiss government. LoR is not quite sure what Egyptian and Tunisian activists think about it – our interview this week with Egyptian jurist Amr Shalakany sparked an irritated reference to the asset recovery regime’s requirement of a conviction as the basis for confiscation and then return of looted state funds.

Many of the principles in the asset recovery field were set through the decades-long efforts to recover assets from Jewish victims of the Holocaust. Great work, but there has been precious few results since then. As the Sherpa video notes, only 5 billion dollars has been recovered in total, compared with an estimated 20 to 40 billion dollars stolen every year.

Policy makers are aware of the problem. The recent moves towards lowering the threshold to asset recovery are the result of years of work on the issue by legal practitioners, jurists and policy makers world wide. But Sherpa is correct in insisting that “civil society is the only real threat” to kelptocrats, hence their focus on teaching civil society how to use the law and the focus of organisations like Sherpa, Global Witness and their local civil society partners on legal action. 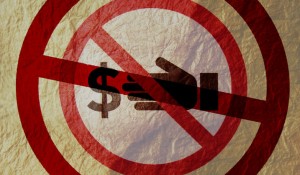 For a basic primer on the legal framework, with examples, check out this report from UNODC

For a more recent state-of-the-art guide to asset recovery, have a look at this report on best practice from the World Bank.

These web-sites have up-to-date news and publications:

The Asset Recovery Knowledge Centre at www.assetrecovery.org, at the Basel Institute for Governance

The StAR Initiative, at the World Bank

The TRACK initiative, at UNODC