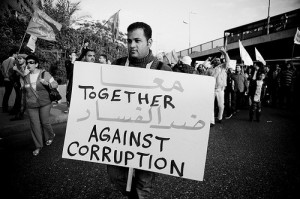 Will the parliament Egyptians elect have power over the country’s military rulers? Dr. Amr Shalakany, Associate Professor of Law at the American University in Cairo, spoke to Laws of Rule contributor Yasmine Gado about Egypt’s elections, military rule and aspects of Egypt’s current legal system.

Yasmine Gado – Elections are underway. Will the parliament that is elected have a mandate to amend the constitution or write a new one? If so, what are your expectations of how that will play out?

Amr Shalakany – The new parliament’s limited mandate is to appoint the committee that will draft the constitution. So, yes, the parliament has that mandate. The composition of the committee is supposed to be 100 members but the credentials for selection have yet to be decided. There will be 15 members of the judiciary, 10 representing trade unions, etc. but this distribution or composition is not yet settled. The parliament is not drafting the constitution itself – just appointing the committee.

However, we are told by the Supreme Council of the Armed Forces (SCAF), or a member of SCAF [General] Fingary, that the new parliament will not have the capacity to pass a vote of no confidence on the cabinet or to appoint the cabinet. So the cabinet is not expected to be formed by a majority of the incoming Parliament. The cabinet will be formed by SCAF, which has replaced the president in his powers to form the cabinet. And of course no legislation will turn into enforceable law without SCAF’s approval. We’re basically voting for a defunct parliament.

There’s been a rush to hold elections because people want civilian rule [and are afraid SCAF wants to avoid this] but the reality is that SCAF is dying to hold elections. First, the army has ruled Egypt for the last 60 years. All the Presidents have come from the military. They represent the interests of this military establishment. The Army has accumulated a great deal of capital – there are contradicting reports but some estimates are [an amount equaling] up to 40% of GDP. We all know they have serious commercial and industrial stakes.

The danger is not that the army will want to stay – they’re trying to find someone with whom to negotiate their return to barracks while protecting the political and economic stakes the military establishment has accumulated over the past six decades. Articles 9 and 10 of the supra-constitutional principles [the so-called Al-Selmi document which gave the military broad powers over the constitution] were intended to do that. But the politicians failed to produce the deal SCAF wanted and so the next step is elections to produce a pliable parliament that can approve these articles – and the question to my mind now is whether the Muslim Brotherhood will strike a deal with SCAF once elections are done to do just that.

The outgoing cabinet budget does not include the military’s budget. At the moment the military is spending income from its own assets, from money received by the military after the first Gulf War, and from annual US military aid, but this situation cannot continue forever. Since they can’t be asked next year to approve their own budget, according to basic constitutional principles they need another body do so. And also to forestall any economic collapse – the IMF or World Bank won’t lend if there are no elections. Nor will the US Congress extend military aid. So they had to have elections and restore at least some patina of civilian rule.

YG – What do you see are the proper steps for the legal transition to a genuine democracy? Do you see Tunisia as a model in terms of Constitution first, elections second? In an ideal world, what needs to or should have happened?

AS – On March 19th we had a referendum on a Constitution that had lost all legitimacy. The idea was to amend six articles. Then we discovered we were not just amending six. After the referendum SCAF issued a new declaration with over 60 articles on which we had not been asked to vote and yet they had the audacity to say they derived legitimacy for those principles from the referendum. It was a farce.

In an ideal world – well, if you want to play that game – the first mistake was to leave Tahrir on Feb 11 as if something had changed. Since then it’s been just one farce after another. The SCAF has yet to pass the political isolation law, which was supposed to ban (former ruling party) NDP members from participating in the elections. They allowed Egyptians abroad to vote only after a court decision forced them to do so, but did not send judges to supervise the voting, and amended the constitution by “law” rather than referendum to allow that. So it isn’t clear the votes will be counted. In these cases, it’s unclear whether SCAF is just incompetent or complicit in some political maneuver. The core problem is they want to preserve their economic interests. We, on the other hand, are trying to end 60 years of military rule.

YG – What are the prospects for reform by the new Parliament to protect human rights and civil liberties (i.e. repeal of the emergency law; law prohibiting strikes; restrictions on freedom of the press)? It sounds from what you’ve said there won’t be much progress.

AS – Correct, because any law passed has to be approved by SCAF and because the cabinet will be severely constrained by SCAF. SCAF just appointed a new prime minister Ganzouri (a former Mubarak man) who is supposed to form the new cabinet. But SCAF effectively controls the cabinet and SCAF’s track record is taking us backward on civil liberties (military trials; outlawing strikes, expanding the scope of emergency law, continued use of torture, etc). I mean you may as well be discussing some Parent-Teacher Association in an elementary school, that’s the kind of power the cabinet is going to have. Nothing will happen until we vote for a President.

YG – What role is the judiciary playing in all of this? The military trials have put thousands of activists behind bars. The trials of Mubarak and his family have been disappointing. And police officers accused of killing protesters have still not been brought to justice. Is there any hope this will change?

AS – Right now you have two sides. The Office of the Public Prosecutor – a man who served Mubarak and is now serving SCAF – doesn’t have much independence. Second is the Attorney General, who continues to be same man appointed by Mubarak. This is just like the police chief at the Ministry of Interior supervising the safeguarding of elections being the same man who supervised the 2010 elections which were the most rigged elections we ever had. So the judges do not have much room to make an independent path when they are dealing with the cases referred to them by the Public Prosecutor.

Mubarak is being tried on three counts for which he is likely to be acquitted. Inciting the killing of protesters is very hard to prove. And the case is now in the appellate court and will then go to the Court of Cassation, then back to appellate and then back to Cassation – that’s the process we have now. As for the corruption charges, the gas deal [between Egypt and Israel, widely viewed as corrupt] is not covered in the case. And so on the corruption counts you’re left with three villas in Sharm [that were allegedly illegally acquired].

You can’t blame the judiciary for limiting the case to three counts or for potentially not finding Mubarak guilty. They are not the ones who draft the accusations and we were sold the idea from day one that to retrieve Mubarak’s money from abroad we have to prosecute him but can’t create exceptional courts to do so. So he can’t be tried in military courts and we have to try him in these civilian courts. The judges are supervising the elections and they seem to be doing a good job – there has been no complaining so far.

YG – Do you view the accountability of former regime figures as an essential step in establishing a democratic system?

AS – Yes. The NDP did not have an ideological platform or a shared ideal of how to run the country. It was an umbrella for a network of interests and that network has not disappeared. Choosing a few scapegoats for trial [to appease people] is where we are now. And that’s not going to be fixed by the Public Prosecutor.

What we need now is a transitional justice system that can actually deal with crimes that are not going to be dealt with under the courts we have now, not because they’re complicit but because their mandate does not include truth and reconciliation mechanisms demanded by a revolution.
<br