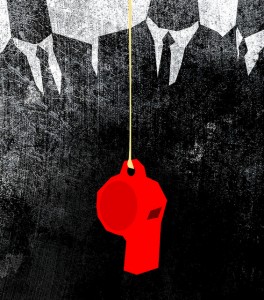 The battle over conflict minerals in DR Congo is heating up. No, I don’t mean the actual fighting is getting worse or that your newly-purchased mobile phone just funded a war crime (although both may be true). I mean the debate over what to do about conflict minerals flared in recent weeks, spilling over onto the pages of the New York Times, the Christian Science Monitor, The Guardian and various corners of the blogosphere concerned with DRC (such as TexasinAfrica and Congo Siasa).

Two facts make this a debate worth watching for law and policy people: first, US regulators are actually paying attention to this debate and drawing on it in while designing the rules they will impose on companies sourcing from DRC, and that means the public wrangling really does matter. Second, what is actually at stake is a not-so-minor breakthrough in the rules governing how businesses – in this case in the extractive and high-tech industries – relate to things like war and widespread violence.

The spark for the debate is the conflict minerals provision in ‘Dodd-Frank’, the piece of US legislation known formally as the Wall Street Reform and Consumer Protection Act. The act, passed into law in the summer of 2010, requires companies whose products rely on certain minerals – tantalum, tin, tungsten (the three Ts) and gold – to file disclosures of country of origin in their annual reporting to the SEC. Where the origin of those minerals is not known, or where those minerals originate from DRC or certain neighbouring countries, the company would then be required to file an additional report – a “Conflict Minerals Report” – explaining what due diligence it has exercised on its supply chain.

The recent debate has arisen in part because of delays in promulgating the specific rules about what due diligence should look like in practice. The SEC was supposed to issue rules in April 2011, but has repeatedly delayed its announcement. Some business associations meanwhile have cried foul because their systems are not in place and they fear they will not be able to show they are in compliance when they come to submit their first reports in 2012. Supply chain monitoring takes time to set up.

But the delays in implementing systems, and in promulgating rules, and a resulting uncertainty about what it means to be in compliance, has prompted some companies to suspend sourcing from DRC, hence the fears of a de facto boycott of DRC minerals.

It was never meant to be this way. All sides agree that a boycott or divestment is not the answer, that regulation should enable and not end the trade in minerals from DRC, but that it should do so in a way that does not contribute to war and repression. The real problem is that last part – not contributing to war and repression – is new regulatory terrain. No one has ever before designed legislation that describes what is unacceptable behaviour for companies in a war zone.

Previous attempts to deal with conflict trade – such as the Kimberly Process on conflict diamonds – sought to exclude conflict commodities from world trade flows through a certification process. Certification can be a useful tool, but the development of state capacity to implement it properly takes years to build. Meanwhile, business responsibilities are left vague and it is impossible for regulators or consumers to distinguish companies that want to source ethically from those that view war zones as niche markets.

The Dodd-Frank conflict minerals provisions are the first attempt by national legislation anywhere to deal with the reality of conflict trade from the business side of the equation. The strategy adopted by Dodd-Frank is due diligence – an approach in US securities and anti-bribery law that is well-known to any business with a presence in the US. As such, Dodd-Frank’s conflict minerals provisions are a first and vital step in spelling out how business can be conducted in an ethical manner in a war zone abroad.

This legislation is also in step with international norms. The Dodd Frank reliance on due diligence comes in parallel with the adoption by international bodies – both the UN Security Council, UN Human Rights Council as well as the OECD and the ICGLR, the regional grouping of states in the Great Lakes area – that due diligence is the way to clarify business responsibilities in situations of conflict, widespread violence or with respect to human rights more generally.
Let’s be clear about what due diligence is not. It is not conflict resolution. It will not end the conflict in DRC. It does not pretend to solve the problems of conflicts over land or identity that are at the heart of the conflicts in the Great Lakes Region. Nor does it solve the market vagaries that have artisanal miners at the mercy of foreign buyers. Due diligence – if designed properly – clarifies what companies need to do to make sure they don’t help sustain the violence or profit from the crimes of warlords or dictators.

As it stands now, Dodd-Frank is principally concerned with transparency of sourcing, and in that sense it does not go far enough. But as a first attempt at domestic legislation it marks a significant breakthrough. What is at stake in DRC is nothing less than the first attempt to get to grips with the economic underpinnings of a war economy that is over three decades old and shows no signs of stopping. More generally, Dodd-Frank represents a key marker in the global push to undermine the economies which help to sustain prolonged conflicts or widespread violence.

For these reasons alone, all sides should be eager to get onside with implementing Dodd-Frank, clarifying what business compliance means, and finding ways to mitigate the damage to livelihoods that might occur (remember the rules have not yet been applied, it is merely the expectation of their application that is reported to be having an impact).

Conflict minerals due diligence is designed to clarify for business what it means to do the right thing in a war zone, to enable a business to continue operations that meet minimum standards, and to suspend operations or withdraw only when those standards cannot be met. Due diligence is based on the notion of good faith implementation, which means most regulators will not penalize companies for partial implementation if they can show they are acting in good faith. Crucially, it is designed to enable regulators and investors a level of transparency against which to assess a company’s behaviour. That can only happen where the rules are clear and regulators stick to their guns. It is time to get on with it.

Thanks to African Arguments which was kind enough to post this first.