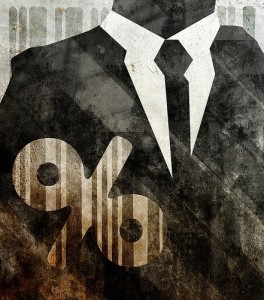 Section 1502 of the Dodd-Frank Wall Street Reform and Consumer Protection Act requires firms to conduct conflict minerals due diligence. The U.S. Securities and Exchange Commission (SEC) is in the process of formulating the rules that will implement this requirement and no doubt raise the costs of the metals and alloys used to make a lot of electronic consumer goods.

According to some industry associations, the complexity and costs of conflict minerals due diligence is simply too high. For example, the National Association of Manufacturer’s (NAM) has suggested that the total economic costs will run into billions of dollars.

Much of the NAM estimates are based on the assumption that the infrastructure “does not exist”. As I described in an earlier post this is not the case. In fact, given the work already underway or completed in mapping the DRC mining sector and tracing the commodity chains, it is fair to say that the costs of due diligence are already being reduced.

Under any standard due diligence method, a conflict minerals due diligence obligation would require companies to map and monitor those supply chains associated with certain minerals from certain countries. This is a focused and limited requirement. Section 1502 does not require changes to the legal obligations of all suppliers to every company, only those sourcing particular minerals from DRC and neighboring countries and who are required to file with the SEC.

The due diligence obligation would also require firms to take steps to remedy problems they detect. Just like the responsibility for monitoring or investigation, due diligence places the responsibility for remedy on each company separately, while at the same time encouraging industry-wide collaboration to deal with the challenges of implementation.

So while the overall responsibility lies with individual firms, the costs can be reduced through collective action, whether by setting up certification processes that assist in providing information for monitoring or by establishing industry-wide responses to the challenges of conflict and violence on the ground.

This is standard stuff pioneered in such sectors as the garment industry, cocoa industry, oil and gas industries, and other parts of the mining industry, not to mention the entire body of fair trade and environmental certification.

It is also an approach which should be easily met given existing company systems for assuring the quality of the components they buy. No credible electronics company leaves the quality of its components to doubt. Ensuring quality of components requires the same relationships to suppliers as envisaged by conflict minerals due diligence. It does not double the work load, it simply adds key questions to the existing systems already in place at any company concerned about the quality of its product.

Speaking at a SEC Roundtable last month, industry representatives rejected the idea that the requirements will be so simple. Adapting existing internal quality control systems, they argue, is not so easy. However, the suggestion that companies will have to invest hundreds of millions of dollars in order to re-make thousands of supplier relationships just doesn’t hold water.

So What Are the Costs of Due Diligence?

In practice, individual companies are looking at three kinds of costs to ensure due diligence is effective. First, the integration of conflict mineral due diligence requirements into their contracts with first tier suppliers. The NAM estimates “the collective cost to change legal obligations across the 5,995 issuers affected is a minimum of $1.2 billion (2 hours x $50 per hour x 2000 suppliers x 5,994 (sic) companies)”

That sounds like a lot of money. But for a company like Apple this cost in reality would be a one-time cost of about $14,200 (142 suppliers x 2 hours x $50 per hour) and presumably even less for smaller (i.e. most) companies.

Sure, there is still much work to be done, for example, to ensure that the smelters dealing in minerals from DRC are conducting adequate due diligence upon which the end users in the U.S. will be able to rely in their reporting to the Commission. But the fact that due diligence is already emerging as a reality on the ground indicates that the overall economic costs are not nearly as great as the NAM estimates and that the costs to individual companies will be much lower.

Second, companies should be implementing due diligence to independently verify the information they are receiving from suppliers or via traceability schemes implemented by the industry. To make this effective, the SEC should require companies to conduct or contract out investigative social audits, not just systems audits.

Both site audits and systems audits consist of standard methodologies. They are not expensive. The NAM contests the SEC’s estimate of $25,000 per conflict mineral report suggesting it is more like $100,000. This, too, is a skewed metric. My own consultations with consultants working in the social auditor sectors indicates that a site audit (e.g. a farm or factory audit or in this case a mine) consisting of 3-4 days in the field, and including a plan for remediation of problems detected, can run between $2000 – $3000 using local consultants. The cost for using expensive foreign consultants can be five to ten times as much. But even assuming the audit sector in Africa will need capacity building and therefore the initial involvement of higher-priced foreign consultants, the numbers per audit are likely to be less than even SEC estimate – and less than a quarter of the NAM estimates – and they will reduce almost as soon as the first one is completed.

Finally, every company will have to invest in the administrative costs of ensuring compliance. This includes the ongoing monitoring of the supply chain, procurement or administering contracts, implementing remediation recommendations, conducting audits of their due diligence system and reporting to the SEC. It bears repeating that additional costs of monitoring procurement of the supply chain do not arise out of building and implementing a whole new system, but from the reasonable addition of dimensions to already existing quality assurance and contract administration work. A crucial step in administering compliance is assigning someone inside the company the task of digesting the findings from the overall flow of due diligence information, including remediation recommendations and making sure that necessary steps are taken to respond to the findings.

From my own experience and based on discussions with those who work in the oil and gas industry, I know this has often involved contracting out to consultants, redefining existing CSR job descriptions or hiring an additional staff person. For some apparel companies where the entire supply chain presents a risk, this means hiring whole teams of people. Somewhere in between these two cost structures is where conflict minerals due diligence will be found, but given the structure of the supply chain and the fact that the compliance risks are in one place (DRC), the likelihood is that the costs will be at the bottom end of the cost scale.

The costs will differ from company to company, depending on the extent to which any particular company is exposed to the risk of conflict minerals in its supply chain and the extent to which the industry as a whole is able to put in place measures which enable the information and remediation that are necessary for due diligence. But given the amount of effort your average multinational invests is driving down the costs added at various points in its value chain, some investment in making sure their suppliers are doing the right thing with respect to wars and atrocities seems a moderate and reasonable expectation.