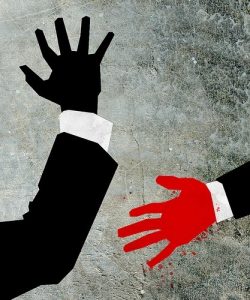 The U.S. Securities and Exchange Commission (SEC) held consultations with industry and civil society last week on the conflict minerals provision (Section 1502) of the Dodd-Frank Wall Street Reform and Consumer Protection Act. At a public roundtable hosted by the Commission in Washington DC SEC lawyers heard agreement (mostly) that conflict minerals due diligence should be implemented, but disagreement on how quickly it could be done and how thoroughly it should be done.

If the SEC is wise, they will create clear and simple rules with which companies must comply immediately (which in SEC terms would probably mean in 2012). Evidence of good faith due diligence by companies not in compliance with all regulations at that time should be considered as a mitigating factor when considering penalties.

Sound unfair to those businesses who want to do the right thing? Here’s why it isn’t.

When the U.S. Congress enacted the conflict minerals, the idea was to address the urgent humanitarian situation in the eastern Democratic Republic of Congo (DRC) by curbing the trade in conflict minerals. One month later, in August of that year, over 300 civilians were raped by armed groups in an incident that took place in three villages located close to mining sites and documented in detail by the UN Joint Human Rights Office report documented.

The UN Human Rights Commissioner noted at the time that the violence was just one example of the direct link between competition over access to minerals and a long series of human rights abuses – including gender-based violence such as sexual slavery, forced recruitment, forced prostitution, and rape – which has plagued the eastern part of the DRC for years. That link has been proven beyond a doubt by the UN Expert Groups monitoring illicit exploitation in DRC for almost a decade, independent researchers, journalists and by organisations like Enough and Global Witness.

Section 1502 is based on the recognition that companies from around the world are an important part of this reality. Companies in the U.S. And elsewhere are buying the minerals from DRC and using them to produce high-tech components that go into computers, mobiles phones and other devices. The Section creates reporting requirements for companies using conflict minerals originating in the DRC and adjoining countries. It requires companies to be transparent about so-called ‘conflict minerals due diligence’, which means they should report what they do to make sure the minerals they use do not fuel conflict and human rights abuse.

Yet the U.S. rules about what this due diligence should look like have yet to be released (they were originally supposed to be issued by the Securities and Exchange Commission in April 2011). The debates have already been lengthy and heated. And because the rules are unclear and delayed, workers in DRC are now loosing income because the trade is drying up as global buyers look to the U.S. Law with uncertainty.

Judging from the submissions of the U.S. Chamber of Commerce (CoC) and the U.S. National Association of Manufacturers (NAM) to the SEC (which are public and can be found here), the argument seems to be that due diligence is just too complex and too expensive.

To be fair, neither the CoC nor the NAM are saying the industry won’t take action to deal with conflict minerals, but they are pushing back hard against the practical implications of Section 1502. The Chamber has expressed concerns about the ability of companies affected by this regulation to obtain reliable mineral source data “given the number of intermediaries involved in the supply chain”. The NAM has estimated due diligence will cost billions of dollars to implement (more on that in tomorrow’s post).

As I made clear in my submission to the SEC, both arguments have been made before. Since the problem of Blood Diamonds become known almost a decade ago, consumers in the U.S. and the rest of the world have made it clear to industry that they do not want their hard-earned dollars to be passed down the value chain to suppliers who fuel conflicts or profit from serious human rights abuses. That message has been heard loud and clear – and repeatedly confirmed – in the apparel industry, the food industry, and oil and gas industries, among others. Standards and mechanisms (some OK others not so OK) have been worked out and mechanisms put in place to deal with the particular demands of each industry. At the heart of these has been the idea that companies should conduct due diligence to make sure they are doing the right thing, or at least not doing the wrong things.

The argument about complexity is both a genuine concern and entirely solvable. It is a genuine concern because every industry facing consumer and regulatory demands for ethically cleaner production processes has to adapt due diligence methods to meet the specific characteristics of their value chain. Other industries have done so with respect to anti-bribery regulations and there are an increasing number which are doing so to deal with the ethical challenges posed by global supply chains, including numerous institutional investors, leading supply chain monitoring efforts such as the Fair Labor Association, and the entire ethical and green trading movement.

The argument about complexity in the conflict minerals sector tends to ignore the progress already made there. The electronics industry has put in place the EICC Conflict-Free Smelter (CFS) program to audit mineral smelting companies, and now all four CFS mineral programs are in place. The tin industry has put in place a bag-and-tag minerals tracing initiative in Rwanda and some parts of Congo. International research and policy making at the Organisation for Economic Cooperation and Development (OECD), saw industry and civil society partner map the value chain in conflict minerals from DRC in 2009 and 2010. A multi-stakeholder group made up of the Congolese government, the United Nations, local businesses, and civil society have recently started a validation program for mine sites, a first step towards establishing mineral traceability. The validation team visited 58 mine sites in North and South Kivu and is currently in the process of scoring mines along a conflict-free and non-conflict free spectrum (the report of the validation team will be completed by October 2011).

And individual U.S. companies are leading the way: Apple Inc., in conjunction with the Electronics Industry Citizenship Coalition, or EICC, has been able to map their supply chain down to the smelter. In all, Apple found 142 suppliers using one or more of the minerals at issue listed in 1502 (plus gold) in its products and 109 smelters used by these suppliers. If Apple, one of the world’s largest technology companies, is able to conduct this sort of a mapping, one would assume the complexities cited by the Chamber aren’t insurmountable.

At the SEC Roundtable last week company representatives told the SEC lawyers that they were primarily concerned that they not be held to a standard to which they cannot comply. Translation: give us more time. Civil society activists argued that the problem has been festering for a decade and there is nothing preventing companies from implementing due diligence today. The people of eatern DRC need clear rules now, so they can get back to work.

The SEC should set out clear regulations with immediate effect and take into account good faith efforts to meet those standards in looking at compliance reports.

More on what those standards should be coming up on Friday. Watch this space.