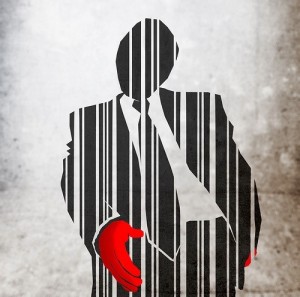 Re-nationalization or the reversal of illegitimate privatizations? LoR Contributor Yasmine Gado reports from Cairo on the legal battles resulting from Mubarak-era liberalization policies.

The companies had been privatized during the Mubarak era as part of a privatization program that has since ceased. The companies’ workers revolted against the new management, staging strikes on and off for the past few years over their work conditions and pay.

In July, the newly appointed deputy prime minister, Ali el-Selmy, announced an end to the privatization program, and the dissolution of the Ministry of Investments which conducted them. He also promised to work on returning the privatized companies to the public sector.

Tanta Flax and Oil Company had been sold to a Saudi investor six years ago. The company employed 2,500 workers at the time it was privatized and by 2009 had fallen to 1,000 in accordance with management’s plan to close the firm and sell the real estate, which workers claimed would net them a fortune. The workers at Tanta Flax staged major strikes repeatedly after the company was privatized.

The court’s decision cleared the companies of all outstanding debts and mortgages resulting from their privatization and restored the rights of the companies’ workers. The court held that while the sales to private owners was a requirement imposed by international financial institutions in order to secure loans, the ongoing review of privatizations and other economic transactions made during the Mubarak era had raised questions over “corruption, conflicts of interest and a lack of transparency.”

The court found that the companies were sold at prices far below their true value. Shebin Textile was estimated at LE600 million but sold for LE 174 million, according to figures presented by the Egyptian Centre for Economic and Social Rights (ECESR) the lawyers representing workers in the corruption cases. Al-Nasr Company for Steam Boilers and Pressure Vessels was sold for $17 million but ‎government estimates indicated it was worth double that amount.

While the court found that the privatization process was corrupt—that procedures required by Egyptian law to set the sale prices were not followed—the foreign investors may have a chance to be compensated. Under international law, regimes are required to honor existing contracts and loans incurred by their predecessors—no matter how corrupt, foolish, or inexperienced the prior regime may have been. As Professor Anita Ramasastry explains “This concept of state continuity exists, even when the structure of government changes—say, from socialist to democratic, or from dictatorship to democracy. Any state contracts or international law treaties and conventions into which a state has entered still remain valid and in force.” International law typically provides foreign investors with a right to compensation for breaches of contractual obligations, and a right to bring certain international legal claims before independent international tribunals.

However, Nadeem Mansour, Executive Director of ECESR, says these international agreements do not protect corruption. He expects foreign investors to bring lawsuits but in ECESR’s view, the investors should have known of the corruption and unfair prices.

He says ECESR is not ideologically opposed to the free market and investments with foreign or local capital, but that these cases do not really involve nationalizations but reversal of illegitimate privatizations. Mansour says that, since corruption was systemic, more cases challenging privatizations are coming. At present, the Administrative Court is currently looking into an additional five cases.