The rule of law, they say, places limits on the exercise of power and is a foundation of healthy politics. Yet too often it seems that laws are written by the powerful for the powerful, that accountability is only for the weak, or that justice is a privilege for the victorious or the strong.

But what if both are true? 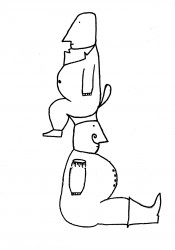 Laws of Rule has morphed from a blog to a platform for podcasts. The general idea is to explore the politics of law, based on the assumption that law is both a tool of power and of resistance to it. The objective is to convey in plain language some of the contentious and downright bizarre things that emerge from interplay of law and politics. The idea for LoR came out of trying to explain international law to a television news audience at Al Jazeera English (hence a few posts include videolinks to TV appearances). Jurists and lawyers may cringe at the idea of legal sound bites, or a blawg for non-lawyers, but LoR believes the law matters to politics, politics matters to law, and both need communicating to a wider public.

So, if you are looking for insight into the law and politics, or the politics of the rule of law, you are in the right place, or at least one of the few places we can think of that tries.

The contents and documents of this web site do not constitute legal advice or opinion and are not as expert as they sound. Get a lawyer.

LoR is not responsible for the content of external internet sites.

LoR’s producer can be reached by email via twitter @lawsofrule . Allow for a longish delay before getting irritated at the lack of response.